Hooking Up With Possessive Guys: You Don’t Owe Him Anything 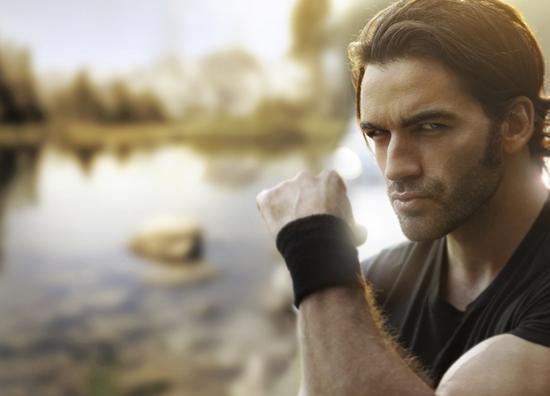 Hooking Up With Possessive Guys: You Don’t Owe Him Anything

How Hooking Up Can Go Wrong

Hooking up can go very wrong indeed if you have found yourself in the grips of a possessive man. Possessive guys are never good news, especially when all you wanted to get yourself into was a casual fling. A possessive guy can really turn your fling around from being a favorable, happy one to one filled with difficulty and regret. It’s unfortunate, but you can never really know if you’re in a fling with a possessive man until he starts showing signs of major possession, in which case you’ll have no choice but to break the thing off abruptly, which could be awkward. However, a little spot of awkwardness is more welcome than a lengthy fling with an overly possessive man. Possessive men just don’t let you do anything for yourself, which really sucks. You want to be your own person, after all, and you don’t need a man to tell you what you should and shouldn’t be doing. Just do your best to read the signs that your man is giving you, and avoid him at all costs if he looks like he can be a real headache in the future.

Do You Have A Stalker?

As hard as it is to think about, the fact is that you might actually have a stalker on your hands. You meet all sorts of people from the internet after all, including men who have the potential to be serious stalkers. If you have fallen into a fling with a stalker, and he has proven that he can be a disturbing and even dangerous factor in your life, it’s time to call the cops and try to get rid of him. Get a restraining order, press charges, take whatever legal actions are necessary to get him out of your life forever. A stalker is a truly unfortunate thing to have, but you can effectively get yourself out of that situation if you take the right steps.

How To Deal With Possessive Guys

If you’re wondering how to deal with possessive guys, then you’re already thinking too hard on the matter. There’s really only two options here: either tell him how you feel and how you think your relationship or fling is a mistake, or you can just lie to him to make him feel better, and just hightail it out of there as soon as you can. Also, you can just disappear from his life completely by just stopping to take his calls or seeing him. The world is your oyster here, really. Just get out of that relationship as quickly as possible, because possessive guys can really be a headache if you let them stick around for too long. Speaking of sticking around..

Breaking Up With A Clingy Guy

There are few things in life quite as bad as a clinger. Whether it’s a stage 1 clinger, who just hovers around a given setting for a second or two too long, or a stage 5 clinger, who you really can not escape from no matter how hard you try, you need to uncling yourself from a clinger’s grasp as soon as possible, and find yourself a man who is comfortable with being all on his own. Clingers tend to be completely oblivious to the signs that other people give them, after all, so it’s important to be perfectly direct with them, and let them know that you don’t want to be around them anymore. It’s a hard way to convey a message, but you need to be overly blunt in this case so as not to risk the headache of dealing with a clinger for much longer than necessary.

How To Avoid Abusive Relationships

If you have found a man from the online dating world, and have dated him until you found out that he is physically abusive, then we are truly sorry for you, as you have found yourself in the unfavorable minority of the online dating world. Abusive relationships are a whole other ordeal, and you should definitely not hesitate before ending them in a completely abrupt manner. If your man abuses you, even once, you need to get out of there right away and never see him again. If he persists, it’s time to call the cops and get his ass thrown in jail. The world is a dirty enough place as it is; abusive romantic partners should not be roaming freely through it. Don’t think that owe your abuser anything but a one-way ticket to prison, because he certainly doesn’t feel like he owes you anything but a beating or two.